Made the Islander Jacket Express from Craftsy course with Janet Pray

OMG! I learned pretty much everything I know about sewing from this Craftsy class! It's called Sew Better Sew Faster - the Islander Sewing System. Janet Pray is an absolute blessing to the sewing community. Her techniques turn a home sewing project into something much more professional looking and totally wearable! 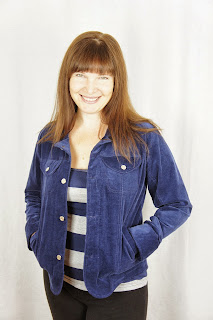 I used 97% Cotton, 3% Spandex Baby Corduroy (fine wale corduroy) from JoAnn's. It has a nice amount of stretch, but is easy to work with (except for the topstitching which I will talk about below). I also used these dungarees buttons from JoAnns that you just snap on - no sewing. 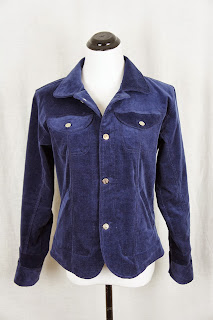 Word to the wise: DO NOT use baby corduroy if this is your first time topstitching! Or maybe even your second or third. I tried to topstitch in white - that's the look I really wanted and there was absolutely NO way to do it. As you sew you roll over each corduroy at a diagonal (if it's cut perfectly on the grainline). So, if you're trying to sew a needle width away from the edge (as Janet teaches) you will keep rolling over the cords and off the edge. I tried it for hours and had to rip it all out. Uggh. I love the baby cords, but even with same color topstitching it was very difficult to keep the stitching line where it needs to be. 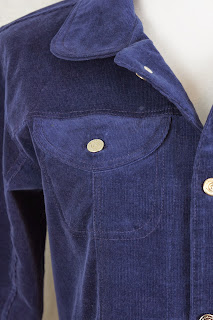 I felt like the pocket flaps were too big for the pockets - that's probably just my fault, but I'll be doing smaller flaps on the next one.
Also, I accidentally used interfacing on both collar pieces - oops - the collar is stiffer than I would want - it will work find, but next time I'll just interface the outer piece. I used the Pellon medium weight fusible interfacing from Joann's. It is nice with the baby corduroy. 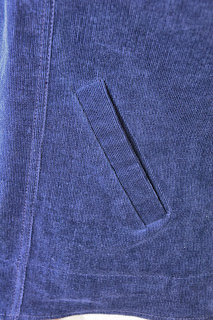 These welt pockets came out perfect! You must do all the chalk marks like Janet says though and watch her demo everything first. I watched the whole thing one time through before even starting. If I tried to do this jacket from the written pattern it would have been a hot mess. 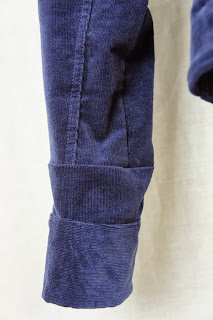 So, I am a size 10/12 and I made the size XS jacket with no modifications. Once I got to the end I realized the sleeves were too short and I inserted this bit of fabric between the sleeve and the cuff (to do so I had to sew the vents closed - so, no vents, but I don't miss them. I needed the sleeve to be 24" from my shoulder to just past my wrist.

Now, Janet does have one trick called the Burrito. It's meant to do something fabulous to finish the cuff, but even after watching it 3 times and trying to do it I absolutely couldn't figure it out. So, I made the cuff work, but only by my own wits :) 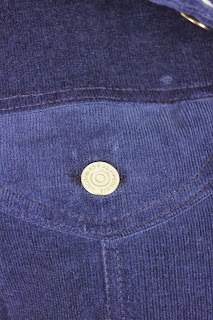 Also, DO NOT think you are going to finish this jacket in less than a week working every night for maybe 3-5 hours (unless you are an experiences seamstress). I know that sounds crazy, but there are tons of pieces, It will take 2 evenings just to cut the pattern, pieces and interfacing. I have a serger - which definitely made it go faster, but still...a solid week! However, if you just relax into the realization early on that this is going to be a long process it will be more fun. Everytime you think you are nearing the end you will still have tons of steps to go! It is really enjoyable thoug, so you have that to look forward to! :) 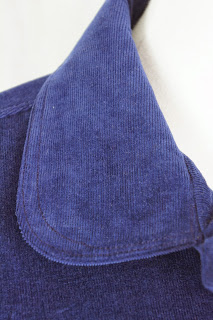 Anyway, this was my 4th Craftsy class and I'm totally in love. Everything I've learned in these classes is helping me in every facet of my sewing, mending, design, etc. Love Janet Pray! Her tips are amazing and she's also fun to watch. She has a nice, commanding voice, she shows each technique up close and she really knows how to make things turn out great.

Made an adorbs mini skirt for my sister

OMG! This came out great. It's cotton so I thought it may not have the heft for a bottom piece, but with interfacing, pockets, zipper etc. it is perfect! She loves it, so that's great. Will put more pics in later when I can get her back here with the skirt. She ran off with it!! 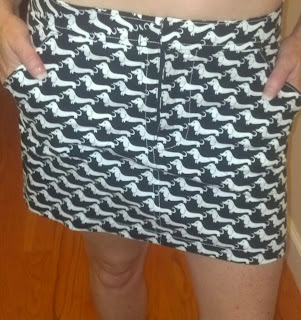 Zipper vest for my husband with a high collar

Tim wanted a way to wear his healing magnet without sticking them on to his skin and then having to rip them offf. So, I designed this one. High, stiff collar to hold the magnets at the back of his neck. Tough cotton to hold the weight of the magnets. Spandex panels at the sides for comfort. It's a prototype so changes will  be made as time goes by. 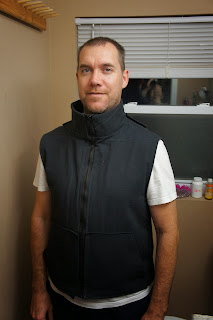 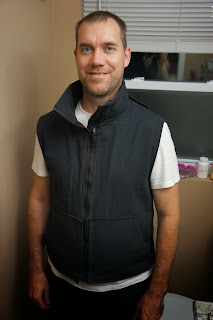 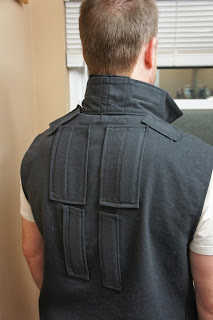 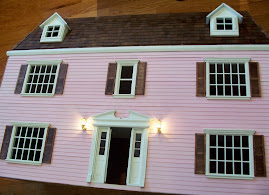 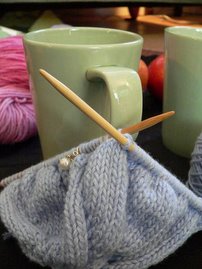